This 97-Year-Old Grandma Can Still Powerlift 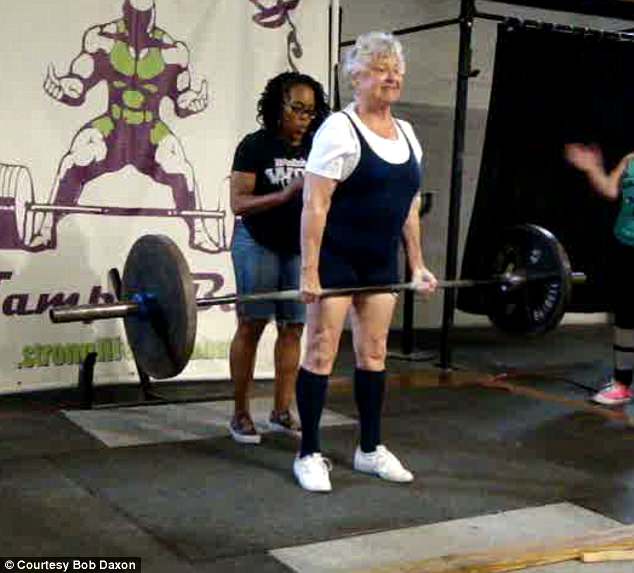 When you are at the gym, do you find yourself feeling slightly pressured by those weightlifters? Imagine not having the strength to even lift 10kg weights on each end of a bar but then you see an old woman lifting it with ease.

All the way in Florida, Edith Traina has made a name for herself. Being the first of her generation to lift weights well into her 90s, Edith even has a competition named after her!

Staged at Tampa’s Stronglife Training Facility, the 2018 Edith Traina Inspiration Open had weightlifters as young as 13 competing among a number of elderly lifters, including Edith herself.

Since 2012, Edith had join Bill Beekley Academy of Powerlifting after her friend, Carmen, had convinced her to join a gym. What started off as a hobby, soon became a passion for Edith and today, she describes it as ‘an ego builder’.

A former line dance instructor, Edith has always been a shy person despite her appearance. Every week, she goes to the gym at least three times and attends six competitions annually as a part of the senior age division.

Last February, she brought home two gold medals at the Polk COunty Senior Games for the 95-99 division with a 60-pound bench press and a 130-pound deadlift.

Most times, Edith is the only person in her category but this never demotivates or erode her determination.

“If I find I’m sitting in a chair for a whole day, and not doing anything constructive, the next day I light a fire under my tush and get out of the house,” she said.

Besides being an inspiration to many others our there, young and old, Edith hopes to someday deadlift 200lbs by the time she turns 100.

We hope this story of Edith serves as a lesson to all to never let your age be the determining barrier to all the great things that you can achieve in this life.

Young or old, fat or skinny; you can do anything if you set your mind to it.