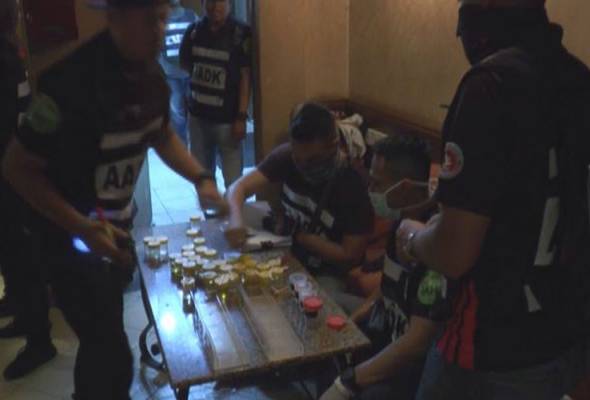 BANGKOK – A major attempt to smuggle 400 kg of “Ice” (Crystal Methaphetamine) and 77kg of Heroine worth billions of Thai Baht to Malaysia was foiled by the country’s Narcotics Suppression Bureau (NSB).

Six suspects including a woman were arrested in separate operations in Hatyai, Chumpon and Nakhon Si Thammarat last Thursday and Friday.

Upon closer inspection, NSB officers found the drugs hidden under PVC pipes the lorry was carrying with the driver being detained for further interrogation.

Another three suspects whom the authorities believed acted as the syndicate’s “reconnaisance party” were picked up in Thungsong district, Chumpon, while another two suspects were nabbed in Nakhon Si Thammarat.

All suspects, aged between 27-53 years have been detained to facilitate further questioning.

Takbai is located near the Thai-Malaysian border.

“NSB Investigations revealed the suspects had transported drugs to Takbai several times before this,” he said, NSB officers began tracking the lorry after receiving intelligence information about its presence.

After an exhaustive search, they finally found the lorry in Hatyai at about 9pm (local time) last Thursday, said Sapaothong.

From 11 until 22 July, NSB confiscated various types of drugs worth approximately 450 billion Baht (about RM56 million).