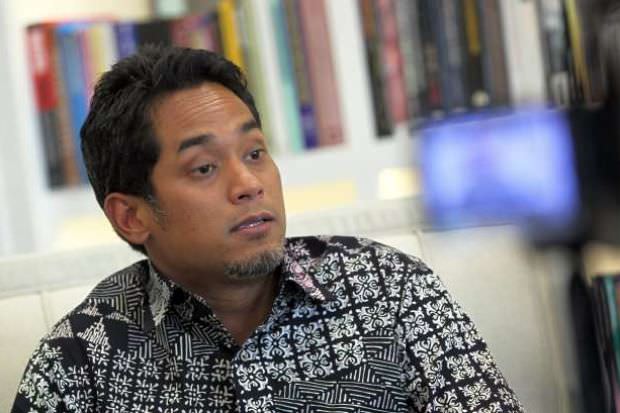 PUTRAJAYA: Khairy Jamaluddin says many groups had attacked him in the past, so it is not important what Perkasa chief Datuk Ibrahim Ali thought of him.

“I must have done something right for being criticised by Perkasa and certain other groups,” he said.

“I was accused of being racist as, some said, I was being overly protective of the Malays in my speech during the (recent) Umno general assembly.

“Now, Perkasa calls me bangsat (scum) because I allegedly did not protect the Malays.

“So, when both sides are criticising me, I must be doing something right,” said the Umno Youth chief, pouring cold water on Ibrahim’s attacks during his keynote address at the fifth Perkasa annual conference on Sunday.

Khairy, who is Youth and Sports Minister, was asked by reporters yesterday how he felt about being called bangsat by the former Pasir Mas MP.

“I don’t feel anything. I am not going to do anything about it. What he says is not important to me.

“I am a wakil rakyat (an elected representative). Who is he?” asked Khairy.

Earlier, Khairy witnessed the signing of a series of memoranda of understanding involving his ministry, the UEM Group, Nilai Springs Resort Sdn Bhd and Nilai Springs Bhd. The MoUs were for the placement of National Youth Skills Institute (IKBN) trainees at the three companies.

Khairy was among Umno leaders singled out by Ibrahim of being critical of Perkasa and Isma (Ikatan Muslimin Malaysia), which focuses on Malay and Muslim solidarity in Malaysia.

Ibrahim also lashed out at a group of 25 prominent Malays who had allegedly criticised his organisation and Isma.-thestar