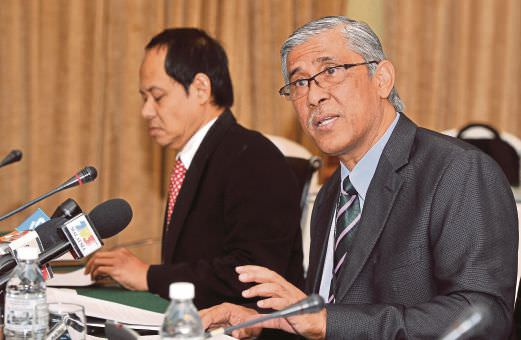 KUALA LUMPUR: The 10 members of the Southeast Asia Parties Against Corruption (SEA-PAC) have agreed to form a working group to study the feasibility of positioning the coalition as an entity under Asean.

Malaysian Anti-Corruption Commission (MACC) chief commissioner Tan Sri Abu Kassim Mohamed said this was to ensure that inter-country corruption cases in the region could be resolved efficiently and effectively.

“Some corruption cases should be referred to a regional bloc, where issues involving Asean member countries can be rectified through the amendment or introduction of certain policies.

“It will all depend on the outcome of the studies and discussions by the working group. If the committee reaches a consensus from their studies, we will bring the matter to the Asean meeting here next year,” he said.

Although Asean meetings do touch on matters pertaining to graft, Abu Kassim said SEA-PAC could play a vital role in providing more in-depth insight into corruption from their countries.

“At the moment, SEA-PAC is a like-minded grouping of anti-corruption agencies. The 10 member countries get together annually to showcase issues and concerns that arise from their countries. Sharing our best practices, the meeting would then offer solutions or recommendations to resolve issues.”

“Fighting corruption is becoming more and more important as we move towards a more privatised industry,” he said after hosting the 10th SEA-PAC meeting themed “Investigation and Prevention of Corruption in the Private Sector” yesterday.

Abu Kassim said there was a need for anti-corruption agencies to intervene in graft cases in the private sector as there was a growing trend of privatisation.

Brunei Darussalam Anti-Corruption Bureau director Juanda Rashid said graft in the private sector was nothing new and that the issue had been discussed thoroughly by the United Nations Convention Against Corruption since 2003.

“MACC has hosted the SEA-PAC meeting tremendously. Each speaker shared their experience and knowledge during their presentation, which can be used as a guide for the rest of the attendees.”

Meanwhile, United Nations Office on Drugs and Crime regional anti-corruption adviser (Southeast Asia and the Pacific) Shervin Majlessi said the sharing of knowledge and practices would allow neighbouring countries to carry out new mechanisms already tested in other member states.