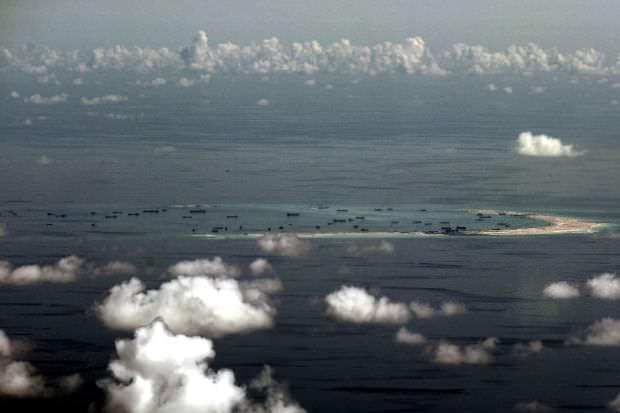 SINGAPORE (Reuters) – China will take a decision on establishing an air defence identification zone around disputed waters in the South China Sea based on its assessment of the security situation, a senior Chinese military official said on Sunday.

Land reclamation work by China around disputed islands has led to speculation it will declare an Air Defense Identification Zone (ADIZ), which will require overflying aircraft to identify themselves to Chinese authorities. The United States has expressed concern that China’s actions threaten freedom of navigation and security in the Asia-Pacific.

Admiral Sun Jianguo, a deputy chief of staff of the People’s Liberation Army, told a regional security forum that China’s actions are peaceful and legitimate, calling on other countries to stop trying to “sow discord” over the matter.

“There is no reason for people to play up this issue in the South China Sea,” Sun said at the Shangri-La Dialogue in Singapore, adding that an ADIZ depends on any threats to air or maritime security.

He rebuffed comments US Defense Secretary Ash Carter made on Saturday that China’s construction projects in the waters boost the risk of “miscalculation or conflict” but refrained from answering several questions on the issue.

The Chinese delegation of military and defence officials held 13 bilateral meetings with their foreign counterparts on the sidelines of the forum and many attendees said they had aired concerns to China about the South China Sea.

“Since this is an international conference, I think China will return home having heard the honest opinions and views of various countries,” Japan’s Defense Minister Gen Nakatani told reporters.

“I think it should take firm steps from now on as a state in the international community, to gain the trust of various countries so that the region’s peace and stability won’t be broken”.

Tension over the South China Sea has ratcheted up in recent months after satellite images showed the scale of China’s reclamation.

Rhetoric at the Shangri-La Dialogue, Asia’s biggest security forum, was more measured though than in 2014 when the Chinese, Japanese and U.S. delegations exchanged sharp words.

“This year it was more reserved and carefully calibrated,” said Tim Huxley, Asia director of the International Institute for Strategic Studies which organises the forum.

Sun refrained from singling out the United States for criticism and emphasized China’s commitment to peaceful relations.

“China has always kept in mind the larger interests of maritime security,” he said, reiterating that his country’s “indisputable” claims over the waters were based on legal and historical evidence.

“We hope relevant countries will work together in the same direction to build the South China Sea into a sea of peace, friendship and co-operation”.

The proceedings on Sunday were overshadowed by news that police had shot dead one man and detained two others in a car that tried to crash through barricades around the venue before dawn. Police said it was unrelated to the conference.

The shooting happened yards from the hotel where dozens of defence leaders and military heads, including Carter, were staying although none were in any danger.

All three men were Singaporean and they weren’t carrying any weapons, although the two arrested were carrying substances believed to be drugs, Singapore Police Force said.