Vivian Lee to give evidence in former sex bloggers’ trial 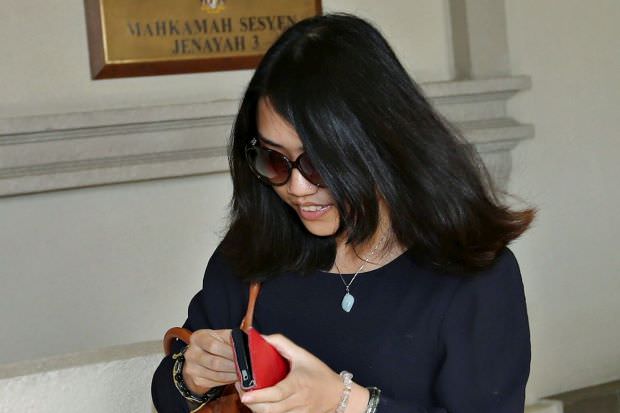 KUALA LUMPUR: Former sex bloggers Alvin Tan Jye Yee and Vivian Lee May Ling (pic) have been told to enter their defence for the charge of publishing a seditious photograph and inviting Muslims to break fast with bak kut teh, together with a halal logo.

The Sessions Court ordered the duo to give their defence on May 10 and 11.

However, only Lee will give evidence under oath at the witness stand, as Tan has jumped bail, and is currently in the United States.

They were charged with displaying pornographic images on their blog between July 6 and 7 that year.

Lee was acquitted of the charge under the Film Censorship Act as there was no evidence of her involvement in the displaying of pornographic images on their blog during the period.

Deputy public prosecutor (DPP) Wan Shaharuddin Wan Ladin told The Star: “She did not know what Alvin did with the picture taken by him.”

Asked about Tan’s absence and its impact on the case, DPP Wan Shaharuddin was scathing.

“Untunglah dia (fortunate for him). Lucky him. Pity his girlfriend,” he said at the Jalan Duta court complex on Thursday afternoon.

For the second charge, the duo were accused of uploading content that could possibly stir hostility among those with different beliefs between July 11 and 12 in 2013.

They later apologised for the video posting on YouTube, saying it was done in jest.

Their charge under Section 298A(1) was later dropped by the Court of Appeal on grounds that it did not apply to non-Muslims.

As Tan has skipped bail, the court earlier issued him a discharge not amounting to an acquittal.