Despite being attacked, Umno continues to draw in new members 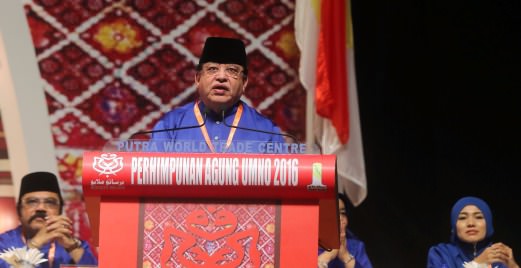 KUALA LUMPUR: Despite facing attacks from all fronts, Umno continues to attract a large number of new memberships.

“We have been attacked from within and outside the party. We have been slandered and blamed for all the wrong in the country.

“However we strive to fight off all these attacks and continue to receive support from many,” he said in his speech at the Umno general assembly today.

Adnan said the party has come a long way and achieved numerous successes over the past year.

“Among them is the impressive win in the Sarawak state elections. “We also did very well in the Sungai Besar and Kuala Kangsar twin elections,” he said.

“There are also 10 delegates from Wanita Umno, 10 from Umno Youth and 10 from Puteri Umno,” he said at the third day of the Umno General Assembly today. Also present were former premier Tun Abdullah Ahmad Badawi.

Earlier, Badruddin had asked delegates to say their prayers for past Umno members and leaders who have fought for the party and the country.