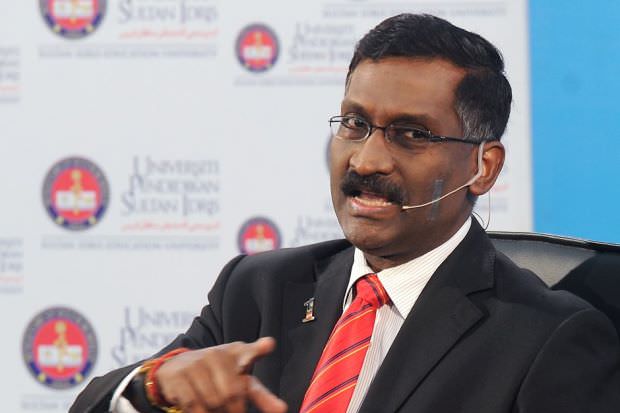 He said parents must give their written consent and the school must ensure there are enough qualified teachers and classrooms for the programme before they can apply for the DLP.

Schools that are under DLP will be given the option to teach Science, Mathematics, Inform­a­tion and Communications Tech­no­logy, as well as Design and Technology in English, Bahasa Malaysia, Tamil or Mandarin.

“The DLP is not forced upon people, and is in fact, democratisation of education,” he said after visiting SJK(T) Jalan Bangsar here yesterday.

He said this in response to protests by NGOs and Tamil language activists over the adoption of the DLP in Tamil schools.

The protesters claimed that the Tamil language education will suffer if English is used to teach those subjects.

Kamalanathan said that while the ministry respected their right to express their opinion, it noted that these groups had been misinformed on the issue.

He cited how SJK(T) St Joseph, Kuala Lumpur, had obtained the consent from parents of all its 36 Year One pupils before it embarked on the DLP.

“How can I stop the DLP in vernacular schools when these parents have requested for it?” he said, adding that there were 50 Tamil schools voluntarily im­­plementing the DLP this year for Year One and Year Four pupils.

More than 1,200 schools nationwide were using the programme after meeting the conditions set by the Education Ministry, he added.

“At no point will the ministry force anyone to take the DLP,” he said when approached by The Star.

On concerns that non-Tamil-speaking teachers will be teaching these subjects in Tamil schools, Kamalanathan said this should not be a major concern because even though the subjects may be taught in English, the teacher is still required to have the ability to explain matters in Tamil.

As there were no Tamil secon­dary schools, she said the programme would benefit the children who would eventually have to adjust to learning STEM in English from secondary school onwards.

“If parents want continuity and easy transition for their children from primary education to secondary, then they should opt for English,” she said.

“At the beginning of the school year, parents are asked the language of preference and their children will be placed in those classes, provided one class has at least 15 pupils registered.

“Choice is important, it is made for the children by their parents and not by activists or politicians,” she said.-thestar