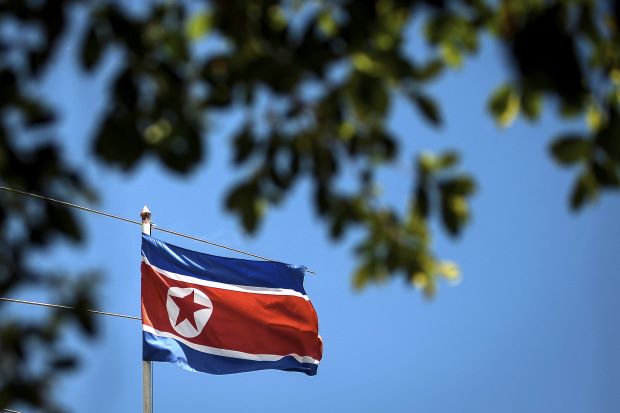 KUALA LUMPUR: The North Korean Embassy claims that it has not been contacted by Malaysian police to seek its cooperation in interviewing two of its citizens over the assassination of Kim Jong-nam.

“The Inspector General of Malaysia told the media that the police have submitted documents to get the cooperation of the embassy to interview our second secretary (and another North Korean citizen).

“However as of today, we have not received any relevant documents from the police or the Foreign Ministry of Malaysia,” said Kim Yu Song, an embassy consular.

In an impromptu media conference at the embassy in Bukit Damansara on Friday, Yu Song said that was regretful that certain South Korean media reports had claimed that the embassy had received the documents.

“This is a lie, we strongly protest against this and we ask for amendment,” he said.

“We don’t want Malaysia to be involved in this case. The victim died at the airport and it has become a police case so let the police do their work. Don’t bring in the Government,” said IRIMM general secretary Zainol Abidin Ahmad.

Zainol said while the NGO had not made an appointment to meet the North Korean ambassador Kang Chol, it is determined to deliver the memorandum.

“We want to show our dissatisfaction with the embassy who has accused us of collaborating with South Korea in the Kim Jong-nam case,” he said.

He said the embassy should allow Malaysian police to carry out their investigations.

The memorandum was later put in the embassy’s mail box.

Jong-nam, 45, the estranged half-brother of North Korean leader Kim Jong-un, was assassinated on Feb 13 at the KL International Airport 2 by two women who poisoned him.

Four people have so far been arrested in relation to the case.

The remand for Doan and Siti Aisyah was extended for a further seven days while the boyfriend is to be released on police bail.

Four North Koreans who were involved in the murder have returned to Pyongyang. Malaysian police have requested the North Korean government to hand them over.-thestar