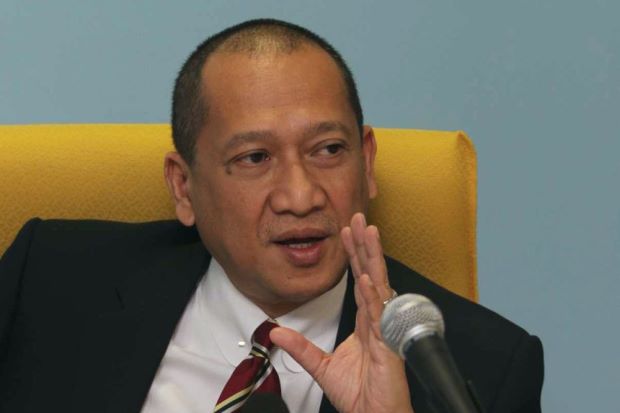 Nazri claimed that the reasons given by acting Perak police chief Deputy Comm Datuk Hasnan Hassan for rejecting the organiser’s application for a permit were unreasonable, as he had provided assurances that no untoward incident would occur during the debate.

“I have given assurances that nothing untoward will happen. This is why I told Umno members not to attend the debate.

“I’m not looking for a boxing match with him (Dr Mahathir). Perhaps they are afraid I will be rude, but I won’t because he was once my boss,” Nazri, who is Tourism and Culture Minister, told reporters at the Parliament lobby on Tuesday.

DCP Hasnan said earlier Tuesday that the police had rejected the application by debate organiser Kumpulan Media Karangkraf because it did not comply with the 10-day notice requirement under the Peaceful Assembly Act 2012.

He also said that the venue chosen for the debate was a school, Maktab Rendah Sains Mara (MRSM), which is prohibited under the Act.

However, Nazri shot back, saying that the debate does not constitute “public assembly.”

“These are not reasons to stop a dialogue. I have already got permission from the Mara director, I have spoken to him and a letter has been sent.

“So I don’t understand why the police are blocking my individual rights. I’m a minister, Dr Mahathir is former prime minister; since when have we become a police state?” he said.

However, Nazri said he was unfazed by the police’s decision and would still be at the debate venue this Saturday.

“I will be there regardless … and I ask the organiser to pursue this matter further,” he added.

Nazri and Dr Mahathir were scheduled to debate on several national issues on March 25 at MRSM in Nazri’s constituency of Padang Rengas.

This was after the former prime minister challenged Nazri to a debate on March 10.-thestar