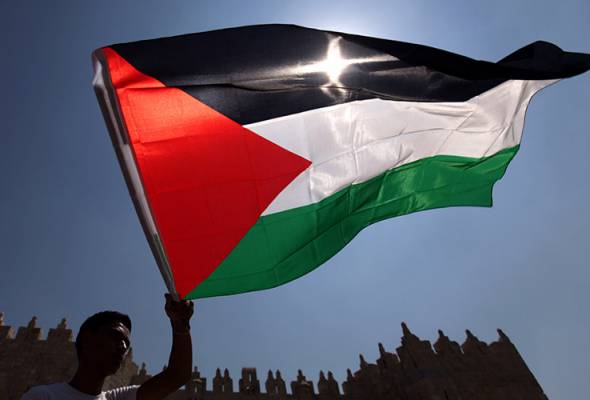 PARIS: Middle East politics dominated Secretary of State Rex Tillerson’s agenda Friday: He met with the Lebanese prime minister who took back his resignation, listened to allies criticize the administration’s Jerusalem decision and chided Saudi Arabia to be more “measured” and “thoughtful” in waging war in Yemen.

After a day of talks, in which every leader who appeared publicly with Tillerson expressed opposition to President Trump’s decision to recognize Jerusalem as Israel’s capital, the secretary predicted it will take two years or longer before the U.S. Embassy can be physically relocated from Tel Aviv.

“This is not something that is going to happen this year, or probably not next year,” Tillerson said at a news conference with French Foreign Minister Jean-Yves Le Drian, citing the need to find an appropriate site, draw up building plans and get permits. “But the president does want us to move in a very concrete, very steadfast way.”

Moments later, Le Drian cited the Jerusalem decision, which has sparked waves of protest across the Middle East, as one of the major issues on which the French disagree with their U.S. allies.

Because Palestinians hope to make East Jerusalem the capital of a future separate state, the U.S. recognition of the city as the capital of Israel has been criticized as an impediment to any future talks. Tillerson, however, rejected the notion that recognizing Jerusalem as Israel’s capital effectively prejudges the outcome of any negotiations over the holy city that is central to three major religions, saying that is a determination for Israelis and Palestinians to make.

“With respect to the rest of Jerusalem, the president .?.?. did not indicate any final status for Jerusalem,” he said. “He was very clear that the final status, including the borders, would be left to the two parties to negotiate and decide.”

Tillerson came to Paris primarily to attend a meeting of diplomats from countries that have banded together as the International Support Group for Lebanon. Their meeting followed a political crisis in the country that has never been fully explained and was designed in large part to warn foreign countries like Iran not to interfere.

The meeting was attended by representatives of the five permanent U.N. Security Council nations, plus Germany, Italy and Egypt.

The centerpiece of the meeting was the appearance of Hariri.

Last month, he flew to Saudi Arabia and announced his resignation in a televised address, saying he feared assassination and criticizing both Iran and the Lebanese paramilitary force Hezbollah, which has close ties to Tehran.

That Hariri made the statement from Saudi Arabia set off rounds of speculation that he was being held hostage by his benefactors. After flying to Paris and onward to Lebanon, however, Hariri announced this week that he wasn’t stepping down, after all, following an agreement with his Hezbollah rivals.

Looking unperturbed on Friday, Hariri deflected questions seeking more details about what had happened to him. Instead, he told reporters he was committed to keeping Lebanon free from entanglements with other regional conflicts — a pointed reference intended to ward off Iran from staking a foothold in the country. He urged political parties and politicians in Lebanon not to violate that principle.

“Any violation puts Lebanon in the line of fire,” he said, vowing to be “very serious” in hewing to the precept.

Tillerson met separately with Hariri. He did not elaborate on their discussions nor answer a direct question about the events leading up to Hariri’s resignation and subsequent change of mind.

He said his discussions with Hariri were “all positive when it comes to Lebanon’s future.”

Tillerson offered an unusual public rebuke of Saudi Arabia, which leads a coalition fighting Iranian-backed Houthi rebels in neighboring Yemen. The United Nations considers Yemen’s civil war to have caused the world’s greatest humanitarian crisis, and the threat of famine is looming. Trump has urged Saudi Arabia to end its blockade of Yemen’s Red Sea ports and allow deliveries of food, fuel and medicine.

Tillerson was circumspect, saying of the Saudis, “We’d encourage them to be a bit more measured, a bit more thoughtful, to fully consider the consequences.”

The Paris stop concluded Tillerson’s four-day visit to Europe, which included stops in Brussels and Vienna. All three cities host multiple U.S. diplomatic missions responsible not only for the country in which they are located but for international organizations, like NATO in Brussels and the Organization for Security and Co-operation (OSCE) in Europe in Vienna. Only one of the nine potential ambassadorships is filled by a Senate confirmed appointment, underscoring the slow pace of filling senior positions in the State Department.

Tillerson, however, told employees at the embassies he visited that reports of State Department dysfunction and droves of resignations have been exaggerated.