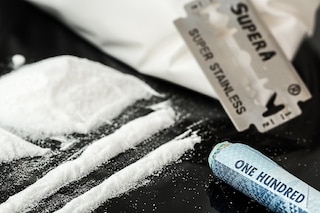 BANGKOK: A Malaysian man whom the Thai police referred only as “AJ” was believed to be a drug lord responsible for the attempted smuggling of 700 kilogrammes of “Ice” (Crystal Methaphetamine) into the country late last month.

The identity of the drug lord behind the unsuccessful atttempt was revealed to Bernama by Narcotics Suppression Bureau (NSB) head Lt Gen Sommai Kongvisaisuk and backed up by his deputy Maj Gen Thanai Apichartsenee.

“He (AJ) is the man behind the 700kg of “Ice”, Sommai said here recently about the March 28 case which had surprised the NSB due to the huge amount of drugs valued more than 500 million Baht (RM64 million) the syndicate was trying to smuggle into Malaysia.

The NSB was able to identify “AJ” as the mastermind to the 700kg of “Ice” through intelligence works as well as “information” extracted from two Malaysian suspects arrested during the operation to intercept the drugs in Hatyai last month.

The two men, aged 34 and 49, from two northern Malaysian states, were nabbed by undercover officers while unloading the drugs from a lorry into a rented house in the southern Thai border town.

A Thai man who drove the lorry was also arrested, while an armed accomplice of the syndicate was taken into custody by the authorities not far from the scene of the drugs’ seizure, after a brief gunfight with the undercover officers.

The four suspects have been transferred to Bangkok to facilitate indepth investigation.

Days after the arrest of two Malaysian suspects, three Malaysian police officers from the Federal Police’s Narcotics Crime Investigation Department (NCID) travelled to Bangkok to interrogate both of them.

They spend almost 10 hours with the two suspects.

Thanai, who oversaw the Hatyai’s operation and was involved in a gunfight with the local accomplice of the syndicate, said they had no doubt about the identity of “AJ” and his role in the drug bust, based on information from several sources.

“AJ is the main suspect behind the syndicate,” he said when met recently.

According to him, the two Malaysian suspects were not ordinary “drug couriers” to the Malaysian syndicate, but were the trusted henchmen to “AJ“, which explained their presence in Hatyai to personally pick up the drugs and bring it over to Malaysia.

“They are no ordinary syndicate members but we suspect them as somebody who are very close to ‘AJ’ and trusted by him,” he said.

Thanai said the arrest of the two Malaysian suspects represented a great opportunity to Thai authorities and its Malaysian counterpart to probe deeper on the inner workings of the syndicate and to identify its key personnel.

He also said, the 700kg of “Ice” seized was not meant for local consumption but mainly destined for international markets such as Singapore, Indonesia, Australia and other countries where it would fetch a higher price.

The two Malaysians planned to use pick-up lorries which had been modified to have secret compartments to smuggle the drugs into Malaysia reported by BERNAMA.