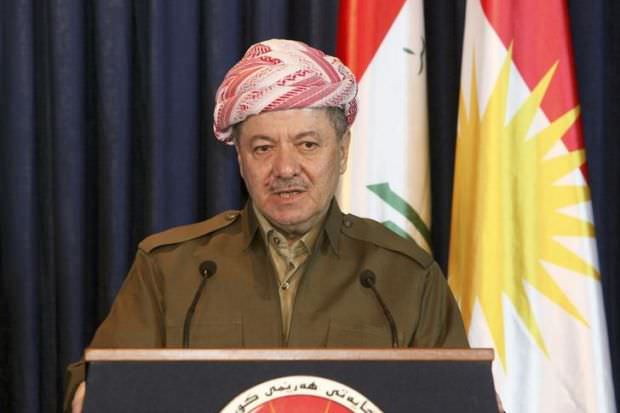 Islamic State (IS) has caused international alarm by capturing large expanses of Iraq and Syria, declaring an Islamic “caliphate” that extends across the border between the two.

Western powers see the Kurds as a vital bulwark against further IS advances. France, Britain, Germany and others have begun arming the Kurds, whose Soviet-era weaponry has proved ineffective against insurgents flush with hardware plundered from the Iraqi army after it abandoned its posts in June.

“We’d like to thank the members of the (anti-IS) coalition for the support they have provided, but … all the support we have received so far is not up to the level that is needed,” Barzani told France 24 in an interview aired on Wednesday.

“The heavy weapons systems that we need, especially in terms of quality and quantity, for example the APCs (armoured personnel carriers), the helicopters, the artillery we need for a decisive war against them (IS) – we have not received these types of weapons,” he said.

France says it has provided machine guns and munitions and has promised to give “sophisticated” weapons to Iraqi Kurds. Some 200 French special forces are also on the ground training the Iraqi Kurds.

However, Barzani said the pledges were not sufficient.

“Is there a ceiling on the heavy weapons systems that we should receive in terms of the quantity and quality? The answer is not very clear to us,” he said.

A U.S.-led coalition has launched air strikes against IS in Iraq and Syria, including in and around the town of Kobane, on the Syrian side of the border with Turkey, whose Kurdish defenders are trying to repel an IS onslaught. Some 150 Iraqi peshmerga fighters are helping to defend Kobane.