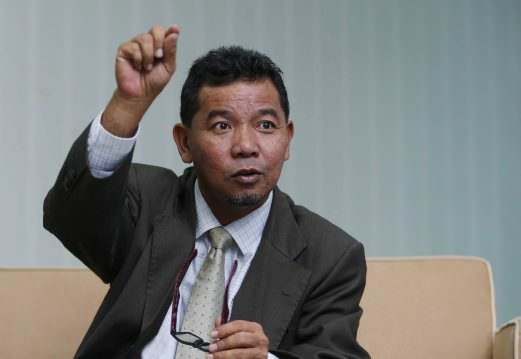 PUTRAJAYA: This year, the 28th SEA Games will take place in Singapore. This will be the fourth time Singapore is organising the SEA Games after playing host in 1973, 1983 and 1993.

Close to 11,000 athletes and officials from 11 countries are set to take part in the Games, which will feature 402 events across 39 sports.

The opening ceremony is on June 5, but the Games will start early for football on the May 29th, netball (May 31), table tennis (June 1), synchronised swimming (June 2) and fencing (June 3).

To date, tickets for the most popular events, including the opening and closing ceremony, fencing, wushu, swimming, rhythmic gymnastics, volleyball, taekwondo and the men’s water polo face-off between Singapore and Indonesia, have already been sold out.

Malaysia will compete in 35 sports, where 373 gold medals are up for grabs. It is likely the synchronised swimmers would win the first gold medal for Malaysia.

“We have one of the strongest aquatics team in the region although we have seen other nations such as Vietnam coming up fast as a force to be reckoned with.

“SEA Games is a platform to groom the younger swimmers. Some of them have been identified to win gold medals based on their track records and personal bests.

The average age of our swimmers is 20 years old,” he said.

For diving, the director general said Malaysia is expecting a clean sweep of all eight gold medals to be won.

“Our divers are world class and they are the best in the region.” For synchronised swimming, Shapawi noted the juniors will get necessary exposure at next week’s Games.

“This will be a progressive pathway to groom them into delivering several gold medals in the 2017 SEA Games to be held in Malaysia.

Currently, the average age of the squad is 19 years old. “We did a clean sweep of all five gold medals in 2011 Sea Games Indonesia.

“Synchronised swimming was not contested in 2013 Myanmar SEA Games. Based on five gold medals won in Indonesia, we’re quite confident of our chances, this time, in Singapore,” Shapawi said.

When asked on the future of synchronised swimming, he replied the government is promoting it via several aquatic centres across Negeri Sembilan, Penang and Kuala Lumpur.

Youth and Sports Minister Khairy Jamaluddin, who was also present at the interview, concurred. “We have some of the strongest synchronised swimmers in the region.

Getting a gold medal or two should not be out of reach for them.” “But I am personally not satisfied at simply being best in the region.

I think we should reach higher and give serious competition at the Asian and Commonwealth Games, which I hope this development plan will achieve,” Khairy added.

As for water polo, Shapawi expressed hope that the men’s and women’s team will do their best and learn from this experience and exposure.

“All in, we expect aquatics to deliver more than 56 per cent of medals offered in the events Malaysia is participating. That works out to be six gold medals in swimming, eight gold medals in diving and one in synchronised swimming,” he said.

Synchronised swimming — Did you know?

1. No touching! The pool bottom is off-limits during performances. Instead, synchronised swimmers must continuously tread water in an eggbeater fashion to free up the arms and give the illusion that they are gliding across the water. Touching the bottom results in points deduction.

2. Open wide. Synchronised swimmers have to open their eyes wide — even when underwater. While goggles are forbidden, nose clips are acceptable. Nose clips help swimmers hold their breath. Many keep a spare pair tucked away in their costumes. Some swimmers can hold their breath for more than two minutes but most routines require no more than one minute of continuous breath-holding.

Other key moves include sculling — underwater hand movements that keep the body afloat (treading water with arms, basically) — and the back layout, where swimmers lay face up and flat against the water’s surface while supporting themselves by sculling.And don’t forget — when teammates lift one another, they are not touching the pool bottom! That takes tremendous core strength.

4. Practice makes perfect. Competitive synchronised swimmers practice more than most other athletes. They spend six days per week honing their craft, and six hours per day; four in the pool and two hours on land drills.

5. Slap it on. Synchronised swimmers slick back their hair using super-sticky gel, made from oleochemicals. This gooey stuff keeps their silky mane at bay during competitions. It melts away after 30 minutes of hot shower. Team Malaysia synchronised swimmers