Rohingya man shocked by mass graves on Malaysian side 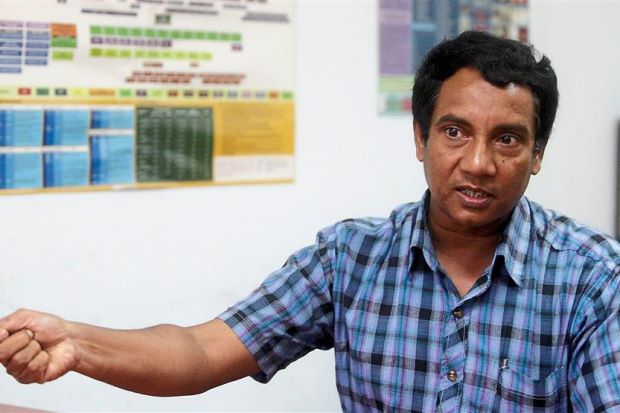 KUALA LUMPUR: The large scale migration of Rohingya people began after 2012 when there was a push by the Myanmar government to force them out, Rohingya Society in Malaysia (RSM) president Dr Abdul Hamid Musa Ali (pic) said.

He said more than 100,000 Rohingya were internally displaced and congregated in temporary shelters where traffickers had easy access.

But the discovery of mass graves on the Malaysian-Thai border was still a shock to him.

This was because most migrants from Myanmar’s Rakhine state assumed that the graves were in Thailand, he said in an interview.

“I am shocked. Although it is near the border, I always thought the graves are in Thailand,” said Dr Abdul Hamid, 48, who holds a PhD in chemistry from a local university.

The camps, he said, were heavily guarded, but there were exits to the sea, where the traffickers could lure the victims into boats.

“They never ask for money up front, and tell the victims to come on the boats that would take them to a better life in Malaysia.

“If people had to pay up front, none of them would be on the boats because they are poor.

“The nightmare starts when they reach Thailand. That is when they are pressured to contact their ­family and friends to pay a ransom to have them released,” said Dr Abdul Hamid, who added that ransom amounts of RM6,000 to RM7,000 were commonly asked and the migrants would be tortured to induce payment.

“It is like kidnapping, where if they don’t pay, they could die of malnourishment, illness or be beaten up if they tried to escape.”

He said the Rohingyas already in Malaysia would have discouraged their family back at home not to believe the promises of the traffickers, but thousands ignore this warning out of desperation.

“They either die at the camps or they try their luck coming here. They still think Malaysia is a land of milk and honey,” he said.

Asked on the identity of the traffickers, Dr Abdul Hamid said they could be Burmese, Thai and even the Rohingyas themselves.

“There are many syndicates running camps holding hundreds of people,” he added.-thestar