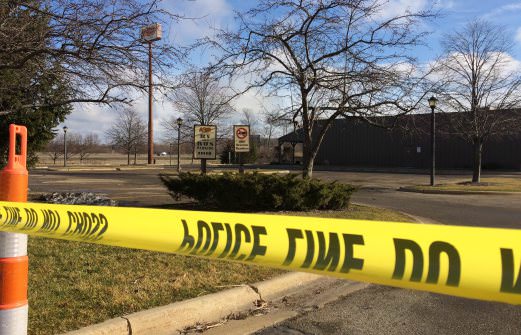 Kalamazoo: A gunman killed six people and wounded two in seemingly random parking lot shootings in Kalamazoo County, Michigan, before being arrested in the early hours of Sunday morning, a county prosecutor said.

The 45-year-old suspect, Jason Dalton, was believed to have opened fire late on Saturday outside an apartment complex, a Kia car dealership and a Cracker Barrel restaurant over a period of little more than four hours, Kalamazoo County prosecutor Jeff Getting said.

A 14-year-old girl initially reported to have been shot dead at the restaurant was in fact seriously wounded, Getting told a news conference.

The victims “appear to be chosen at random, because they were available,” he said.

“They were shot multiple times, multiple – nine, 10, 11 shell casings at each of these scenes.”

The carnage in Kalamazoo, a city of about 75,000 people 150 miles (240 km) west of Detroit, was the latest in a series of mass shootings that have made gun control a campaign issue ahead of November’s U.S. presidential election.

Dalton was arrested in downtown Kalamazoo at about 12:30 a.m. after a county sheriff’s deputy spotted him driving out of a bar parking lot.

Getting said he expected Dalton to be arraigned on Monday on charges of murder, assault and firearms violations.

The carnage began about 6 p.m. on Saturday when a woman was wounded outside an apartment building.

At about 10 p.m., police were called to the car dealership, where two men, who Getting said were related, were both killed.

About 15 minutes later, four women were killed in the Cracker Barrel parking lot, and the teenage girl was wounded, Getting said.

Getting described Dalton as cooperative when he was arrested and said authorities were looking for a motive.

A semi-automatic pistol was found in Dalton’s car and Getting said he believed police had recovered his cellphone. Dalton was thought to have been in contact with more than one person during the shooting spree, he said.

Police said Dalton had no known criminal record, and that surveillance video from businesses had led to a description of Dalton’s vehicle. The victims’ names were not released.-nst