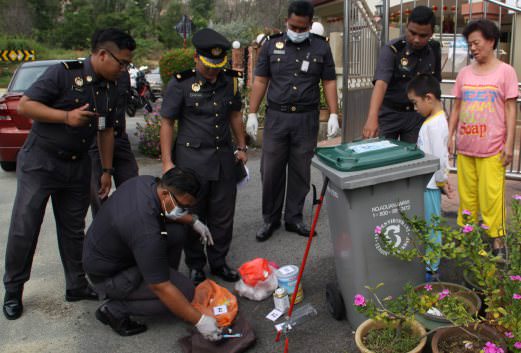 KUALA LUMPUR: Fines under the Solid Waste Management and Public Cleansing Act 2007 (Act 672), which came into force in seven states yesterday, will only be imposed if residents ignore the warning notices for waste separation.

“The fines will be imposed if the public fails to implement the recycling programme…We do not want to impose any penalties, but this shows our seriousness in making sure the people put recycling into practise,” he said.

He said this when appearing on the ‘Ruang Bicara’ talkshow on the Bernama News Channel titled ‘Fostering a Culture of Recycling’, hosted by Datuk Dahlan Maamor.

Mohd Pauze said about 380,000 premises had been checked, and 85,239 warning notices issued by SWCorp since September last year.

“From our observation, the percentage of those aware about solid waste separation is still low, but it has increased from month to month since last September,” he said.

Meanwhile, National Solid Waste Management Department’s Policy Division director, Dr Muhrir Kamaruddin, who also appeared on the show, said enforcement should be carried out in order to create awareness, and educate the public about safeguarding the environment for future generations.

According to him, all parties should play a role in reducing the amount of solid waste sent to landfills to help the government reduce operating costs, and prolong the life of the said landfills.

With the enforcement of the Act, a maximum fine of RM1,000 can be imposed on those who violate the law.–BERNAMA