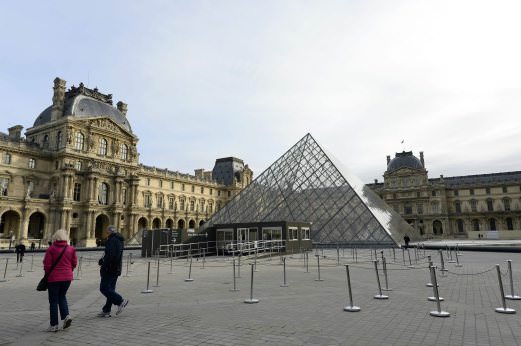 PARIS: Paris museums were preparing for the worst Thursday as the French capital held its breath over whether the swollen river Seine would burst its banks.

With emergency flood barriers already being put in place along the river after days of torrential rain, the Musee d’Orsay said it was closing early Thursday as a precautionary measure.

The riverside museum, which holds the world’s greatest collection of Impressionist masterpieces, had earlier said it was putting in place a “protection plan”.

Its galleries hold some of the finest paintings by Renoir, Manet, Van Gogh and Degas, as well as 24 works by Gauguin. The museum said a crisis management team had been put in place to organise the moving of its most vulnerable treasures to its upper floors if the Seine rises more than 5.5 metres (18 feet).

By some estimates, the river could rise 5.6 metres above its usual height Friday. But the Louvre museum — which many believe is at greater risk — played down the threat, even though it faces the Musee d’Orsay on the other bank of the Seine.

“The situation is something we face often in winter,” a spokeswoman told AFP, saying the museum was monitoring the river levels with “restrained vigilance”.

According to the Musee d’Orsay, both institutions have detailed emergency flooding plans. If the river rises sharply enough Friday to set off an alert, the Louvre has 72 hours and the Musee d’Orsay 96 hours to get works held in their underground reserves to safety.

Both institutions have organised drills this year to deal with floods. In one such exercise in March, the Louvre evacuated the whole of the underground section of its new Islamic art galleries in a day. The museum, which has vast underground stores, said it is equipped with anti-flooding pumps and watertight doors.

Even so it has plans to move them from its riverside site to a new building near its new satellite museum at Lens in northern France in 2019.

The Musee d’Orsay has already moved many of its reserves off-site, and says it has an emergency generator on its roof in case floods cut the electricity supply to the building. -AFP