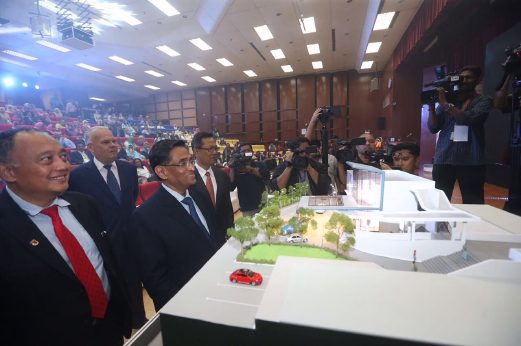 KUALA LUMPUR: Health Minister Datuk Seri Dr S. Subramaniam today stressed that no country should cast any doubt on the ability of Malaysia’s forensic team to conduct the autopsy process of Kim Jong-nam.

“We have a very experienced forensic team in the Health Ministry. They have gained their experience through various incidents.

“One of the major incidents (where Malaysia’s forensic team was a part of) was the Malaysia Airlines MH17 tragedy, where our team was involved with the identification of nearly 200 body parts.

“It (the autopsy process of Jong-Nam) will be done in a professional manner, up to international standards and I don’t think any country should cast any doubts on our capacity to be professional,” he told reporters in response to a question about the high profile murder of Jong-nam.

Dr Subramaniam said, should the next-of-kin of Jong-nam fail to arrive in Malaysia, the forensic team will use other elements such as the thumbprints and dental structure in identifying the body.

Dr Subramaniam was speaking to the press after attending the ground-breaking ceremony of the Gamma Knife centre at Universiti Kebangsaan Malaysia (UKM) Medical Centre in Cheras here today.

It was reported that North Korea had earlier on said it will reject the results of an autopsy on its leader’s estranged half brother.

North Korean Ambassador Kang Chol had said Malaysian officials may be “trying to conceal something” and were “colluding with hostile forces.”

Yesterday, Dr Subramaniam had said that the autopsy results for North Korean leader Kim Jong-un’s estranged half-brother, who was murdered last week in Kuala Lumpur, could be released as early as Wednesday.

He was due to board a morning flight to Macau when an unknown woman wiped his face with a cloth, laced with unidentified liquid.

Authorities have given the victim Jong-nam’s next of kin two weeks to come forward to help in the investigation.

North Korean officials have demanded the body be handed over directly.